Infographic: 7 Tips on What to Do If You Have a Cooking Fire

Every American has a civic duty to save lives by spreading awareness about what to do to prevent cooking fires and what to do if you have a cooking fire.

Cooking fire is among the most common and most destructive type of structural fires. According to the National Fire Prevention Association (NFPA), US fire departments responded to an estimated average of 172,900 home structure fires per year started by cooking activities between 2014 and 2018. These fires caused an average of 550 civilian deaths, 4,820 reported civilian fire injuries, and more than $1 billion in direct property damage per year.

Given how common this type of fire is, we’ve come up with this infographic on what to do if you have a cooking fire: 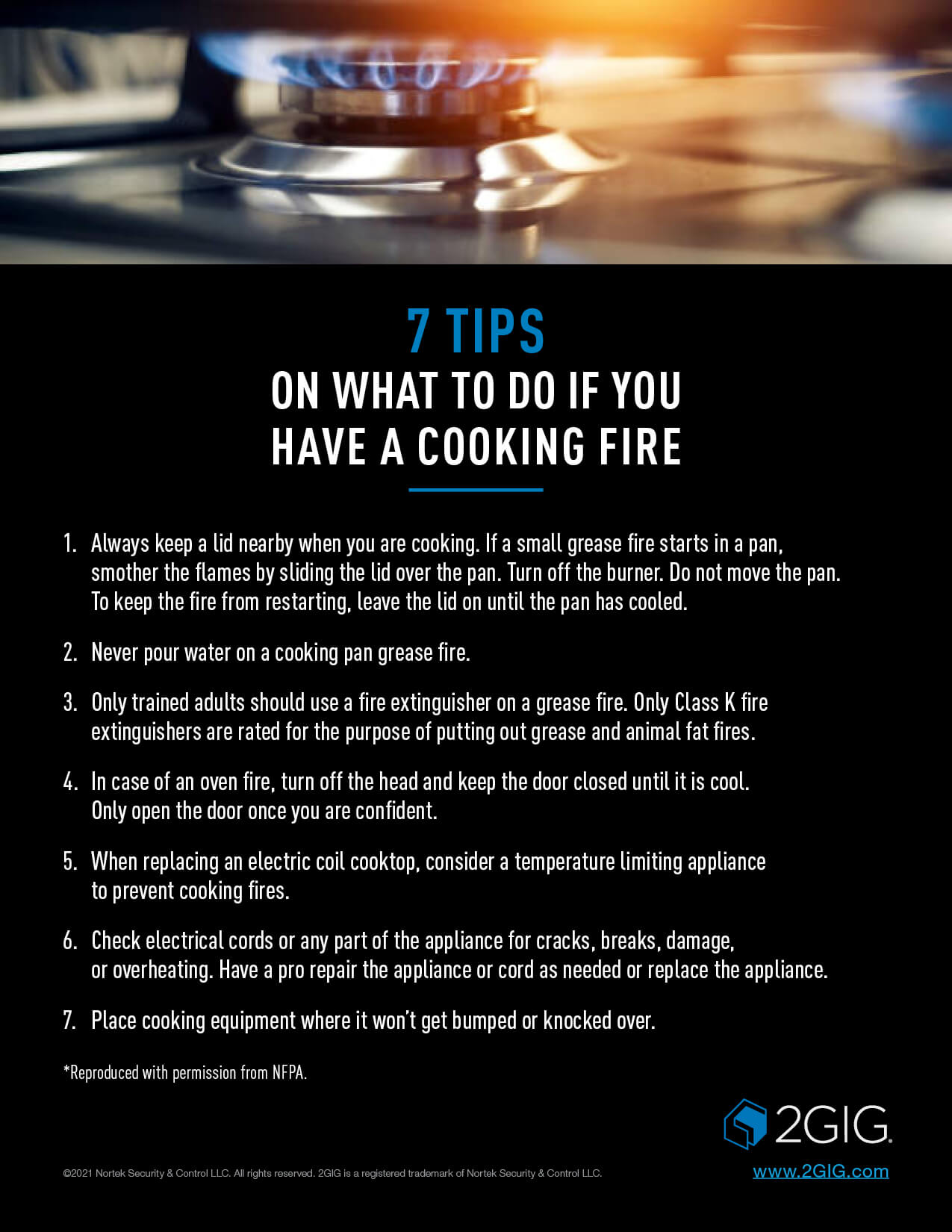 We at 2GIG are one with the rest of the nation in observing Fire Prevention Month every October. Each year, the whole month is dedicated to creating increased awareness about how to prevent accidental fires from happening through information drives, trainings, and lectures. We are committed in our role in helping develop increased awareness about fire prevention given that every year, 3,500 Americans die and 15,200 Americans are injured by fires each year, according to the NFPA.